Where or where have the years gone!! Angie celebrates her 40th birthday today and we are so happy for her. The Lord brought her into our lives almost 33 years ago. She was about 7 ½ years old, was wide eyed and had this pixie hair cut which she had created all my herself, with a pair very dull pair of scissors. Bless her heart she came into a family with four older sibling brothers and she had told us a number of times that she wanted to be an “only child”. Much to her surprise that would not be the case in our household. She spent so much of her first years going from one football game to another, as many as four games on a Saturday. She did enjoy gymnastics and so we signed her up for those classes. She had so much energy to expend and this was great for her.
We enjoyed camping as a family and she loved the water, creeks and rivers. When we asked her if she knew how to swim, she replied “I can swim like a fish” and proceeded to show us exactly what she meant—she could swim like a fish. She also loved roasted marshmallows over an open fire, making smores and eating watermelons that had been put in the cold creeks, to be eaten later. They sure have grown up since those days. Here she is now with her brothers, Charlie, Rob, Chris and Randy. There are just 7 years between our oldest and our youngest. Wow, what a house full of fun we had. 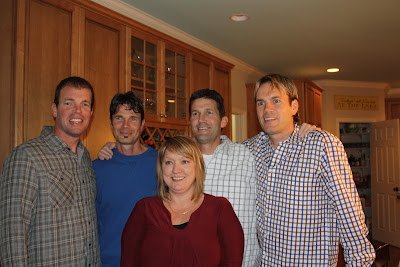 Her adoption was finalized on August 20th, 1981 on Randy’s 10th birthday. After we left the attorney’s office, signing the final papers, we headed to Kentucky to spend a couple of years. We had a grand time enjoying all the room to roam around, ride horses and play games with her good friend Dana. In 1984 we moved to North Carolina and her new best friend, Michelle right across the street for a number of years and they spend allot of time together, enjoying their teen years. Shortly after graduating from high school, she joined the Marines—what a fabulous Marine she turned out to be. She hung in there even during the tough times. We were so proud on her graduation day as we watched her march across that field after completing her training. Within a short time, she was sent to Okinawa, her husband was also sent over there, but to a different base. She came back to the States and gave birth to her son, Tyler. She has been one incredible mother, always looking out for Tyler’s best interest and encouraging him. 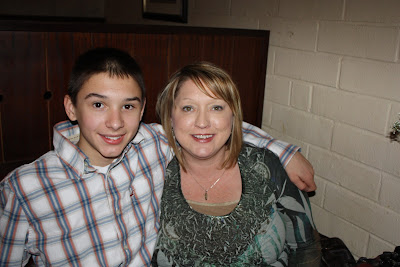 Angie has always been so thoughtful with her dad and I. Wanting to help wherever she can and finding little things to help “pick up” our spirits, especially during our journey through my cancer. One day we decided to get pedicures and manicures. She called ahead to the shop to make sure that I would get the best treatment ever. I am attaching a picture of our feet. We had another appointment to go to and our nail polish was not dry, so we rode in the car all the way to Birkdale with those “go between your toes sponge things, to keep from messing up our polish”. We were quite a sight, even took this picture to show our accomplishment. We did put flip flops on to go shopping later. 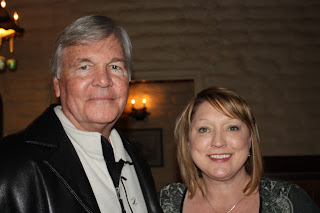 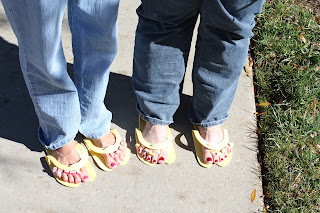 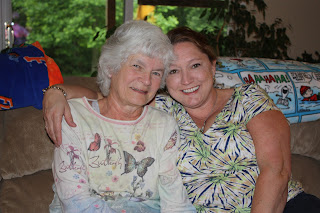 She is a hard worker and cares so much about her clients in her Vocational Rehab job. She wants them to be treated fairly and be able to have what they need to “survive” during their rough times. She tries to do battle for those who cannot help themselves.
So Angie, we wish you a very happy 40th Birthday and so many more special ones to come.
We love you very much and are proud of what you have accomplished. Mom and Dad


Posted by Lynne of Butterfly Creek Pottery at 7:13 PM