Such sorrow on Crucifixion day turned into rejoicing on Resurrection morning! It still amazes me how our precious Lord would die for someone like me. If I had been the only one, He still would have gone to the cross to die for my sins. How can I even begin to thank Him! He died for the sins of the whole world and yet He himself had no sin at all. Why? Why? Why? Because He loves us so much. 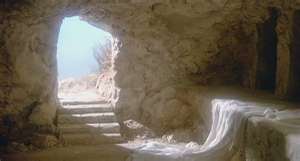 I believe that I would have been just like Mary when she went to the tomb and found it empty, saying "where have they taken my Lord"? Even after having heard Jesus say, "I will rise on the third day", my doubting mind would have wondered, how could this really happen? And then the angels at the tomb told her the news--"He is not here, He is risen, just like He said he would". Once it all sank in, I believe that my flip-flop footed feet would have raced to tell everyone I knew. Jesus is not dead, He is alive, He is alive.  So this is "our resurrection story" as well. 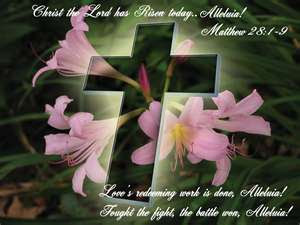 Posted by Lynne of Butterfly Creek Pottery at 9:16 AM